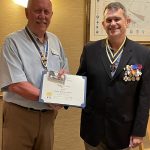 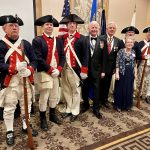 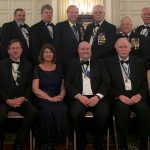 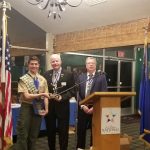 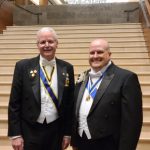 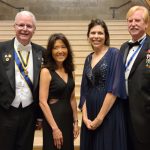 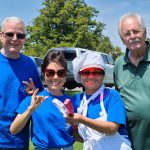 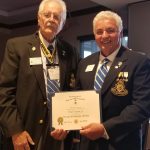 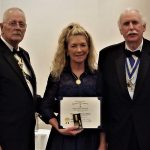 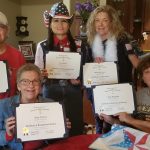 Jan 9, 2020 — Quilt Reaction Force volunteers make and present quilts to veterans and First Responders. They have presented dozens of quilts to SAR compatriots throughout the United States. VP General Fosdyck recognized their efforts by presenting them District Level Certificates of Distinguished Service for their presentations within the Western District and beyond. Seated L to R: Joan Cosner and Earl Wegman. Standing L to R: Gail Tramell, Un Hui Yi and Charmella Secrest. 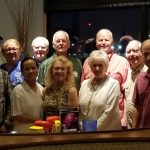 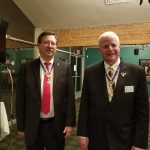 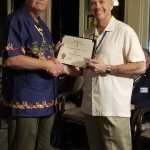 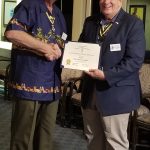 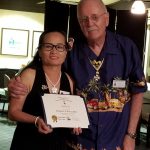 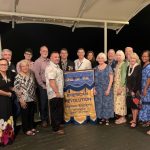 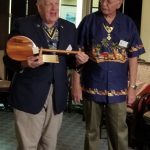 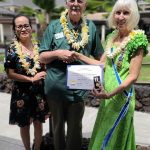 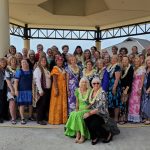 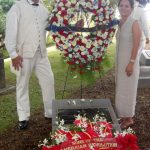 Jim Fosdyck with his wife Un Hui Yi during a during a Western District meeting at the National Memorial Cemetery of the Pacific, Oahu, Hawaii in May 2010 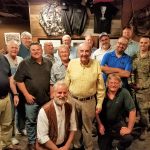 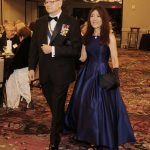 July 13, 2022 — VPG Charles B. Smith V with his wife Phyllis walking to the head table during the P.G. Banquet